Skip to content
Home
/
Is Kabbalah a Universal Theology?
May 27, 2016 by Laura Duhan-Kaplan 8 comments 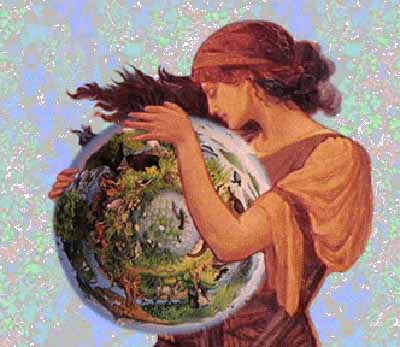 Kabbalah, the Jewish mystical tradition, has been handed down from Biblical times. It has appeared in different guises, expressed in the languages and cultural styles of different times and places.

Kabbalah takes the idea of monotheism very seriously. So seriously that it turns monotheism into monism – the view that the entire universe is a single spiritual substance. Because God is infinite, God has no limits or boundaries. If anything besides God existed, that would imply a boundary or a limit to God. So, nothing exists beyond God.

Of course, it looks like other things exist. But those other things are just costumes, appearances, or garments of God. Perceive them correctly, and you will recognize them as emanations of divine energy. Pursue spiritual practice, and you can develop spiritual perception.

If everything is an emanation of God, so are we humans. So are our good and bad behaviors; our pleasure and our suffering; our cultural achievements and failures. We are part of the divine field and everything we do shifts that field in a tiny way. When we remember God through ritual, or raise up other creatures through ethical action, we strengthen the God field. When we, in partnership with God, perfect the God field, we will achieve Messianic time.

Many respected Jewish scholars say that Kabbalah is the theology of the Jewish people. Here we discuss big questions that lurk at the boundaries of everyday thought: questions about the nature of God, divine revelation, ultimate truth, human responsibility, creation and what came before it. Here we propose creative metaphors for answering the questions and push the metaphors to their logical limits.

If this is our theology, why aren’t all Jews religious universalists? Why don’t we always agree that all world religions are cultural garments of the One God?

One answer, I think, is historical. Religion shifts in response to political and cultural dynamics. For almost two thousand years, Jews in most countries have been a tiny religious minority. When social change happens, and chunks on a social map shift, people in the margins get squeezed. When we are pushed up or down, we use our theology to understand and respond. These responses have shaped Kabbalah’s historical guises.

Neoplatonic Jewish poet Solomon ibn Gabirol lived in Muslim Spain in the early 11th century. This was a time of open intellectual exchange between Islamic, Jewish and Christian thinkers. Ibn Gabirol could be a simple universalist, saying that every creature seeks to get close to the one God. He encouraged everyone to approach the divine.

Kabbalistic teacher Isaac Luria lived in the Holy Land in the 16th century, shortly after Jews were expelled from Christian Spain and Portugal. Yes, Luria said, all reality emanates from God, and all creatures affect the God field. But history shows us that the task of perfecting the God field has been left to the Jewish people alone. We Jews should intensify our efforts.

Philosopher Baruch Spinoza lived only 100 years later, in the Netherlands, in a Jewish community built by refugees from Portugal. Spinoza found hope in the very beginnings of secular democracy. If you believe as philosophers do, he wrote, that God is infinite, without boundaries or limits, then you must agree that God is everything. God is the sum total of nature, following the laws of nature, incapable of acting against its nature, immune to our influence. We humans should learn to work out problems ourselves, through inner ethical reflection and democratic process.

Rabbi Zalman Schachter-Shalomi, a refugee from Nazi Germany, lived in the United States in the 20th century – when the U.S. saw itself as a “melting pot” of cultures that would blend into something new and uniquely American. Reb Zalman experienced Planet Earth as a single spiritual organism, and saw each religious tradition as a vital organ. We should seek guidance from spiritual teachers of multiple traditions, he taught. Through them, we can learn to care for each organ and the planetary body as a whole.

Where in the world do you live? What are local attitudes towards religious diversity? What should be accepted? What should be challenged?  Can a kabbalistic concept of Infinite Divinity offer insight, guidance and hope? And, if so, how?

Image: Gaia, crystalinks.com. This post is a short excerpt from my presentation, “Vibration of the Other: A Kabbalistic Ecumenism” at the Vancouver School of Theology’s event “Encountering the Other: An Inter-Religious Conference.”